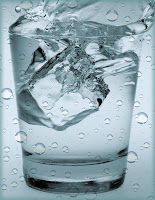 First of all, good luck to those running Singapore Marathon & its associated events this Sunday.

Also, all the best to a fellow blogger called 'by7' who is based in Hong Kong. He'll be running the Fukuoka Marathon this Sunday - where Samuel Wanjiru will also make his marathon debut. The marathon's cut off time is 2:45 pace, so basically all runners need to run every 5k segment in 19:35 or faster. Otherwise, the race will be over.

Saw this timely article on hydration. A US-based coach called "Tinman" commented as follows 'Most people know & understand that fluid and carbohydrate ingestion improve long-term distance running performance (over 90 minutes of running), but they do not know that research shows that even 1 Hour of intense running (80-90% of VO2 max) is improved too; by ingestion of fluids and carbohydrates, independently'.

Even low levels of dehydration (eg, less than a 2% loss of body weight) impair cardiovascular and thermoregulatory response and reduce the capacity for exercise. Heat exposure also reduces the athlete's ability to train and compete, an effect that can be independent of hydration status. Even if athletes are well hydrated, hot weather alone will reduce their capacity to exercise. Optimal performance is possible only when dehydration and hyperthermia are minimized by ingesting ample volumes of fluid during exercise and by taking common-sense precautions in keeping cool. Recent research has demonstrated that consuming fluid in volumes approximating sweat loss maintains important physiological functions and significantly improves exercise performance, even during exercise lasting only 1 hour. Carbohydrate ingestion also improves exercise performance, an effect that is independent of, and additive to, preventing dehydration.

Tinman further commented that it does pay to consume fluids and carbs DURING the race, especially early because their is a delay in emptying. He figured it takes about 4-6 minutes for fluids and carbs to start first reaching your bloodstream, and it really takes off 8-12 minutes after consumption.

Training wise has beeen so-so. I don't have a high target for Sunday's HM but I'll try my best. If I suck, I'll just chalk it up and treat it as a training run.

Perhaps Tinman's Heat and Performance chart was right. I should expect my pace to be around 4:30ish due to heat/humidity.

Woke up late this morning hence was short on time. I've done a couple of CV workouts in Singapore and I found that I am struggling after the 3 x 1000m. In Perth, I used to be able to do 5 x 1000m comfortably. I think a combination of weather and low mileage in recent weeks have contributed to this. 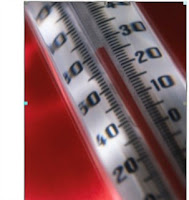 Thanks all for your comments.
I've registered to do a Half Marathon next week (2 December) - which is a second fiddle event to the gigantic Standard Chartered Singapore Marathon on the same day. Around 38,000 have entered the marathon and its associated events and registration was closed about three months before race day. Since the marathon is the showpiece event (elite wining time 2:14 in 2006), the HM field will not be competitive. Last year there were 6500 runners in the HM and the winning time was 1:20.
I recently look at the Heat & Performance Changes Chart by a US-coach called "Tinman" and he postulates that running performance will be affected by heat & humidity as follows: 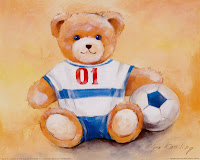 For my first ever race in Singapore, I decided to do Run-A-Movie 8K race at the East Coast Park this morning. Given I only arrived in the country 3 weeks ago and still acclimatizing to the hot/humid conditions, my goal is to run under 4:00 min/km for the whole 8k (sub 32 minutes).

I always know that races organized by charity groups typically have two characteristics: 1) the distance is normally inaccurate (typically short), and 2) average field depth. And it turned out that my prediction is right. The course was measured as 7.1k according to My Garmin 305. And I ended up the overall winner...accidentally that is !!

Arrived at the park pretty early and did 4k warm up incl several strides and lined up at the front. After the gun went off, I was probably in the 5th position by the first 100-200m. Then the runners began to disappear left and right and I was second by the 1k mark. The runner in front had a good gap of about 100m on me and I continued to tail him. Reached the 3k mark (according to Garmin) in 11:51 (3:57 pace). To my surprise, we turned around 500m later, meaning the course was short. I began to sweat heavily at this juncture as the temperature went up. Was clicking at 4:01 pace for the next couple of ks and maintained the 100-150m gap with the front runner. I then had a little side stich and the guy upped the ante in the last 1000-1600m, by increasing the gap to 200-300m. The finish line was behind a food court and I didn't see him again after that. I crossed the '8k' line in 28:21. But according to garmin, the distance was only 7.1k, hence my av pace was 4:00 - which is what I planned to run at.

Not a fast time given I did tempo training runs at this pace when I was back in Australia. But given the hot weather and high humidity, I am fairly pleased. There are still a lot of work to do in order to get back to my 'cool weather' PBs in Australia and to exceed them. The good thing is that I could run a bit faster today since I wasn't pushing super hard. The field was thin - the front guy was 100-200m ahead while the 3rd place guy was 400m behind me, hence I was 'safe' in the middle. Anyway, I'd call it a hard tempo run.

At the winners' ceremony, the organizer announced the 3rd place guy's name as the 2nd place winner. Was my number not recorded? A few seconds later, they announced my name as the 8k winner for the Open category and Overall. I was surprised and honestly told the presenters and the guest of honour that I am actually a second place finisher and not the winner.

A couple of possibilites exist: a) they guy's number wasn't recorded, b) he didn't register but decided to race anyway, or 3) he was doing a tempo training run and he didn't cross the finish line and ran to another route. To whoever this 'phantom runner' is, you are the real winner, mate !

For my troubles, I received 4 movie tickets + ryder sunglass + medal.

Training wise, this week was as follows:

Ah....at last !! Finally we've moved to our apartment. Some of the furnitures & appliances have arrived (bed, tv, microwave), but no sofas & dining tables until early December. The property boom in Singapore has driven up furniture demand, resulting in 1-2 months backlog.

Managed to do more outdoor running this time including the famous MacRitchie Reservoir, which has undulanting trail and bitumen roads - great for long runs on weekends. My apartment is a stone throw away from Singapore River and the Promenade passes through Clarke Quay, Boat Quay, the Fullerton Hotel, and the Esplanade Theatre (approx distance 2.5k one way). For those who don't live in Singapore, these areas are night-life heartbeats of the island - there are a glut of cafes, bars, restaurants including Hooters and the famous Brewerkz microbrewery. I also found a public track in Queenstown (about 15 minutes by bus) to do my speed workouts.

Wife is going back to Australia for 2 weeks hence my running volume should increase during this period (but don't tell her, okay?)

Sunday, 4/11: Aerobic Medium Long Run
First ever run at the much-fabled Singapore's running mecca - Macritchie Reservoir. The first 4k was on trail and the rest on rolling, bitumen road. Nice !! Ran up to the 10k drink stop of MR25's 35k race (held on the same day) and then back. All up, 18k in 1:35 (5:16 pace). Met up with DO from SG Runners and Dave (O runner) from Cool Running Oz.

First interval sesssion in a month (also first one in the tropics) and struggled big time. The 1st 800m was too quick to my liking and the rest suffered. Was ok with around 2:10 recovery (one lap) for the first 3, but then had to take equal period rests. HR reached 195bpm (my MaxHR, I think) by the 5th, hence I decided to call it quit after that. Average HR was 182bpm vs 173 bpm in Perth (10bpm lower).

I've registered to do an 8k run next Saturday. Not expecting fast times given my sporadic training and weather acclimatization. But it would be a great test to evaluate my fitness level and hot weather tolerance ability.
Posted by Sling Runner at 10:14 AM 2 comments:

Sling Runner
Singapore
A 40 yo father and runner, started running at age 32. Currently living in hot and humid Singapore.